Why NZ off-roading enthusiasts prefer electric motorcycles? The new breed of motorbikes are lightweight, boast high torque, and are much 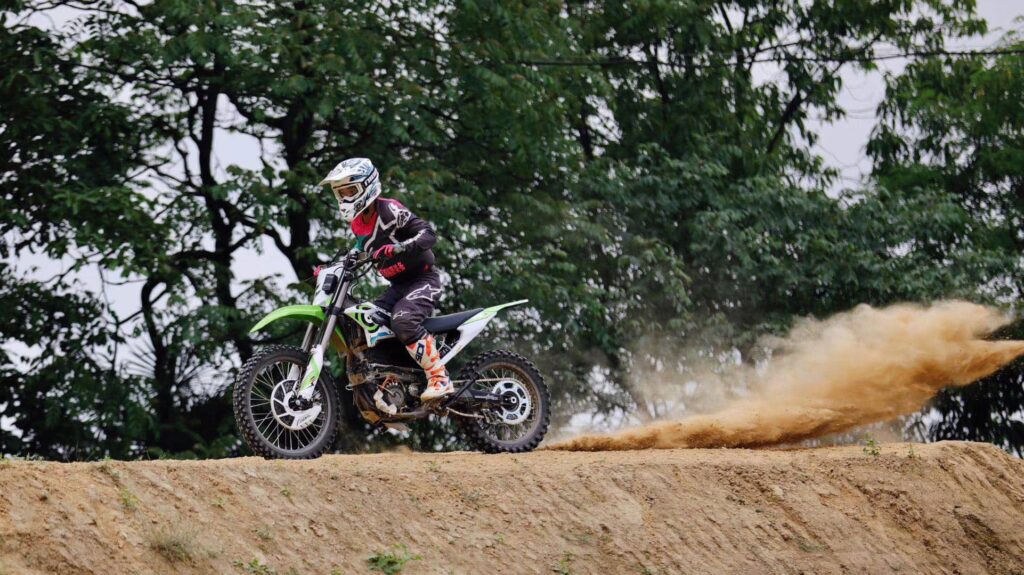 The new breed of motorbikes are lightweight, boast high torque, and are much quieter than their gas-guzzling predecessors. These are just some of the reasons why NZ off-roading enthusiasts prefer electric motorcycles.

Electric Motorcycles are easier to control and handle

With no kickstart, you no longer need to worry about stalling or spending ages just to get the bike up and running. It is as simple as turning the key on modern electric motorcycles, pressing the ignition button, and off you go. No longer needing to rev the engine or changing gears means there is no loss of traction moments. Once you are up and running, there are no clutches or gears to confuse or distract you from the more challenging bush tracks. Also, because they are lighter than classic motocross bikes, e-bikes are nimble on technical trails, making the whole riding experience more fun.

Electric motorcycles’ ease of use makes the sport of motocross more accessible to youngsters and novices. Great for the sport, spectators, and the planet. In addition to ease of use, electric dirt bikes also spit out lower emissions, require less maintenance, and are becoming just as - if not more - powerful than their gas-guzzling predecessors.

Nature loves electric motorcycles , with no engine, electric motorbikes do not spew out harmful emissions into the atmosphere. Some diehard fans will refuse to give up the distinctive purr of a two-stroke engine. However, plenty of people will be grateful that riders engines’ constant revving will no longer ruin their peaceful day out. Let your skills talk for themselves, without feeling the need to be the loudest on the track.

In an increasingly environmentally conscious world, Electric motorbikes are an excellent way to get out at the weekend and let off some steam, without annoying the locals or going through gallons of petrol.

Without an engine and the associated parts that come with the petrol-powered motorbikes, there is a lot less to go wrong with electric motorbikes. No oil change, no grease, and no engine troubles. Meaning you can focus more on your riding and performance rather than tinkering with your bike. Naturally, you will still have to look after your electric bike by washing it regularly and taking care of the tires, suspension, bearings, and chain.

Electric motorbikes transfer all the motor’s power instantly into the wheels, resulting in instantly high torque and insane acceleration.

Gas-powered engines take longer to warm up and reach peak power as the engine needs to be spinning at higher RPMs to reach top speeds. However, electric motors achieve peak power and torque from 0 RPM.

Internal combustions engines do not run much below their idle speed of 1,000 rpm or so. Their torque builds to a maximum of several thousand rpm later (usually after a few gear changes). However, an electric motor creates its maximum torque the moment power from the battery is connected. Once powered, an electric motor’s torque is constant for several thousand rpm, before it starts to taper.

Electric dirt bikes have already started to beat gas bikes to the top of the podium due to their more consistent power and torque throughout the entire RPM range. Check out New Zealand moto cross events here

You can achieve comparable results from a much lighter, more efficient electric motocross bike than a much heavier gas bike. Yet another reason why they are becoming increasingly popular in NZs motocross scene. Electric dirt bikes make it possible to build up speed quickly and jump further.

can you register electric motorcycles in New Zealand with NZTA? 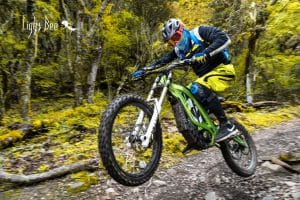 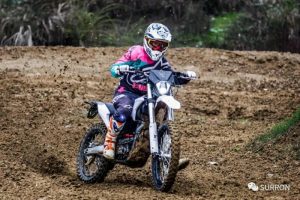 Commuting on an electric motorcycle

Electric motorcycles are designed to blend into your lifestyle with low purchase and maintenance costs and high reliability. An electric motorcycle is an investment for your and the world's future.

You do not need to waste time filling up at the gas station. With removable batteries, e-bikes are incredibly easy and cost-effective to charge/refuel. If you use it to get to the office, the removable batteries make it straightforward to charge your battery while at work.

Don't add to the high emissions being kicked out into the atmosphere on traffic-clogged city roads. You can beat the traffic, have fun and save the pedestrians and cyclists from consuming the harmful emissions created by gas bikes.

Governments around the world are trying to promote the use of electric power over fossil fuels. With a road-legal electric motorcycle, you get the added benefit of low annual registration costs in NZ. There are now 422 electric motorcycles and mopeds with an active vehicle licence on New Zealand roads, according to data acquired through various sources.

Don't forget that just because they are road legal, it does not mean that you cannot take it offroad and have some fun at the weekend.

There is no denying that although their cost has come down recently thanks to continuing research, development, and innovation into the motors, batteries, and overall design. They are still more expensive than their gas-guzzling predecessors (to start with).

There is a unique and often masculine satisfaction to having a two-cylinder engine between your legs as you thrash it around the trails, trying to control the beast. This exhilaration is not entirely removed with an electric motorbike, but it is quieter and exciting for different reasons. If you can get used to the relative silence, you can learn to love the new, more agile, and instant acceleration you get when there is no delay between twisting the throttle and the electric motors full torque kicking in.

Is the future now?

In NZ we are lucky that there are so many opportunities to explore the country offroad. Within the booming motocross industry, electric dirt bikes are becoming increasingly popular, and for a good reason. They are low maintenance, environmentally friendly, easier to handle, and are versatile enough to get you to work (if you get a road-legal version).

The rising popularity of electric-powered vehicles was inevitable, and there is no reason why it will not continue. The question is not if you should upgrade to an electric motorcycle, but when? 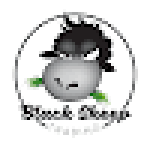